We all have different sources that we draw inspiration from. Some people look at athletes, movie stars, and entrepreneurs. I am inspired by countless people, both celebrities and people in my own social circle. Who doesn’t love a movie or TV show where the main character fights against all odds to defeat the villain and save the day? One of my biggest sources of inspiration as a kid was Anime.

I loved anime as a kid. I still get nostalgic thinking about some of my favorite shows. There are a few new anime I casually watch like One Punch Man and Attack on Titan that are very entertaining. The art style and characters are always great in these shows. The plot is exciting and you feel a connection to the characters. The main element anime has over other types of shows is that there is a deep, emotional struggle that the main character goes through. This is always at the center of the narrative and they really go into detail.

The first anime I ever watched as a kid was Pokemon. The main character was a 10-year-old kid named Ash who dreamed of catching all the Pokemon and becoming the world’s best Pokemon trainer. This was a task that had never been done before and it was all that Ash wanted, it was his ultimate goal. He was a goofy kid and kind of a loser, but he never gave up. He never took his eyes off his goal. Along the way he made a lot of friends and ended up becoming a great Pokemon trainer.

Around that same time I was watching another popular anime: Dragonball Z. This one was much more violent and had a completely different set-up. In this show the main character was Goku, a powerful warrior who was also kind of goofy and acted like a kid sometimes. Goku and his friends, the Z Warriors, would fight off against different villains who were trying to destroy the planet and other comic mischief. They were always training and pushing their limits to become the strongest warriors. Goku would put his life on the line to protect his friends and family. His goal was to save the universe and keep his loved ones out of harm’s way, he accomplished that by working hard and never giving up.

The third anime I watched as a kid was Naruto. Naruto takes place in a world of ninjas where different villages are going back and forth between war and peace. Naruto’s dream was to become the Hokage, the leader of the village and strongest ninja. Naruto, like other anime heroes, starts off as a total loser. He is an orphan and a terrible ninja. The other kids ignore or laugh at him because of who he is. He starts the series as a mischievous, angry kid because of the resentment towards him. As the show progresses, he starts to build friendships and deep connections with the people he meets. He still wants to become the Hokage, but his motive changed. It’s no longer solely about revenge and proving people wrong, it also became about personal growth and saving his friends. He develops a new goal: bringing peace to a world that is torn apart by war. What I really like about this show is that by the end of the series Naruto becomes the Hokage, saves the ninja world, and is seen as a hero. The amount of struggle, sacrifice, and pain he goes through to reach his goal puts the audience in awe. 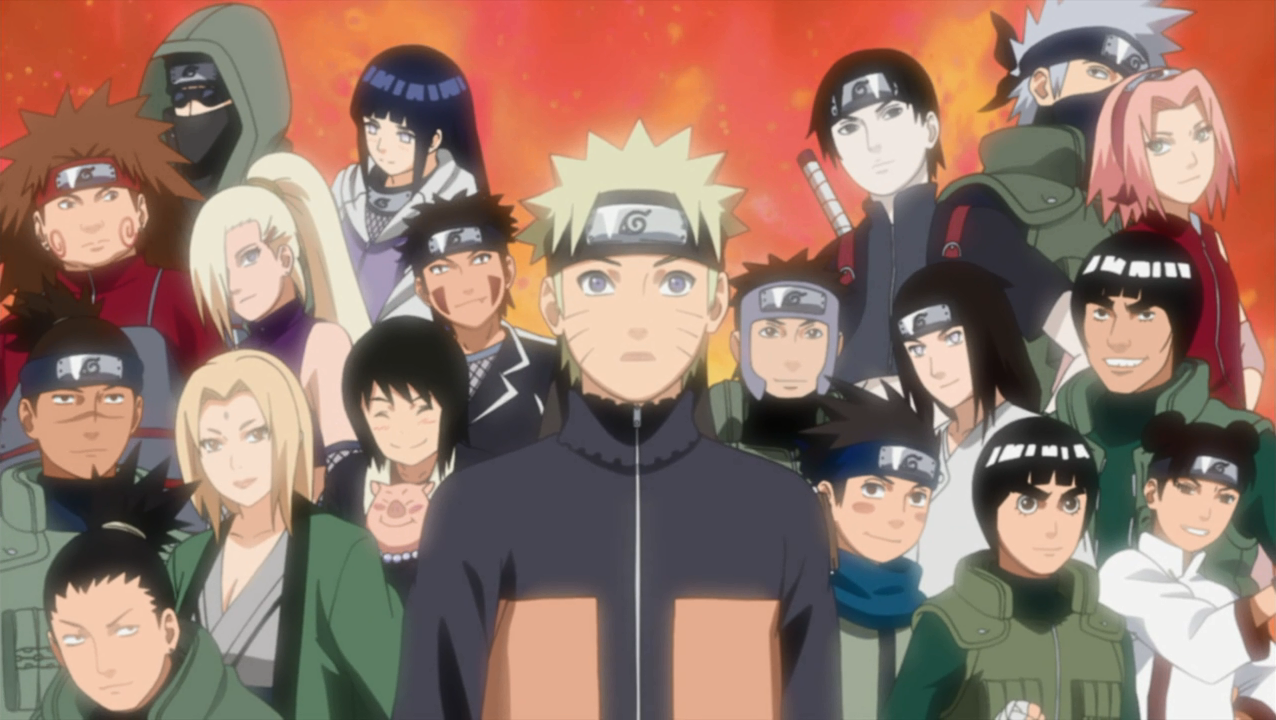 What do these three shows have in common? The first thing is the protagonist is far from perfect, but they never give up. They work hard and train hard so that they reach their goal. They value hard work over skill. The second is that they all face tons of adversary. They are faced with a lot of resistance, both internal and external, that stand in between them and their goals. They overcome this resistance by drawing on their inner strength and remembering why they are fighting. The last point is that they value their friendships very highly. They get inspiration and support from their friends but also protect them. They realize that they can’t reach their goals alone and need those friendships to be successful.

All three of these lessons can be translated to the real world. Anime has a lot of symbolism and recurring themes within it, but we face a lot of similar situations in the real world. I can find a lot of examples in my personal life.

When I joined the school basketball team, I was terrible. I was nonathletic, still am, and most of the other kids were better than me. Did I give up? No way. I practiced my jump shot, lay-ups, dribble moves, defense, and every skill I could to improve myself. I worked hard and stuck with it. I became friends with a lot of my teammates and built bonds. I was far from the best player, but I was a lot better than when I started.

Today I still see parallels between life and anime. When I got out of college a few years ago, I was confident that I was going to get a decent job in my field with good pay. I quickly realized that it would be a lot harder than I thought. I had to hustle, network, and learn new skills. I was like the hero at the beginning of the show who didn’t have any natural talent and had to work their way up. I’ve made a lot of friends over the years that have supported me and inspired me in different ways. I’ve learned life lessons and ran into many obstacles. But just like the hero, I keep pushing forward and my eyes stay on the goal.

Thanks for reading! Let me know what you think in the comments! Cancel reply

This site uses Akismet to reduce spam. Learn how your comment data is processed.